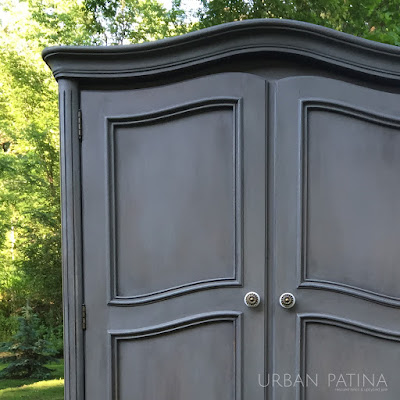 In all honesty, there are projects I bring home that I just don't want to work on. Not necessarily because they will be too difficult, but because they are just so big and ugly and I even question whether or not they can possibly be lovable again.

Case in point, this Stanley armoire that I've been sitting on or about a year. 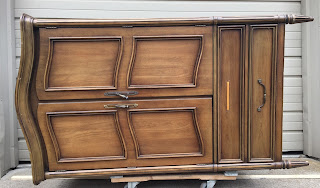 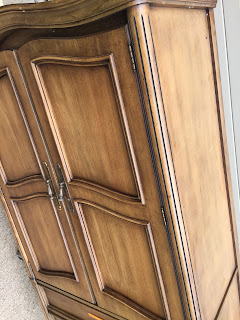 It was in great shape, but a drawer pull was missing and somewhere along the line the previous owner used it as a TV stand so they had cut the back out. Neither of which were deal breakers, I just didn't have the energy or desire to work on it. I actually tried to sell it on craigslist for a couple weeks but  everyone kept asking for better images before they would come see it and it was so big and heavy that I couldn't stand it up by myself for decent photos ... so, I caved and just decided to push it in the shop and give it a makeover myself. {and now, this is probably one of my all time favorite makeovers, go figure!}

I painted the piece in a custom chalk paint mix and gave it a antiqued finish. The hardware was updated too. I purchased new knobs and then added some small backplates to them that I had in my stash. 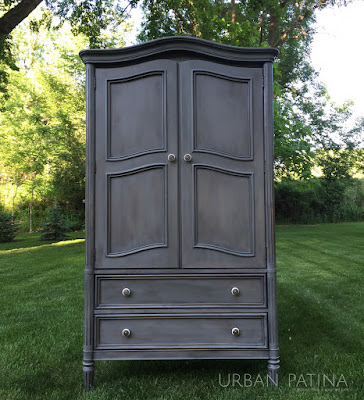 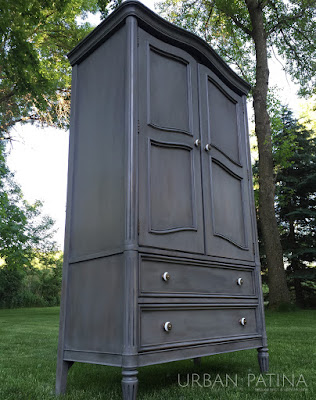 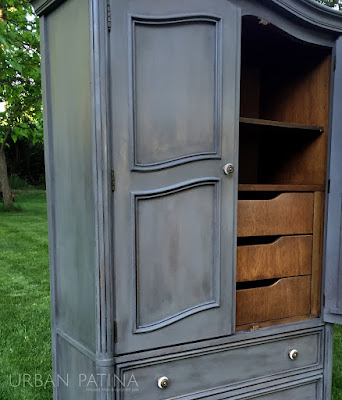 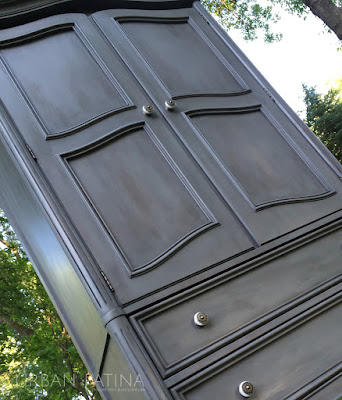 I went back and forth on whether or not to paint the inside of the piece, but ultimately decided against it because the wood was in such great shape.

I hope you like this big makeover as much as I do!

Have a great weekend.
~Crystal
Posted by Unknown at 6:03 AM